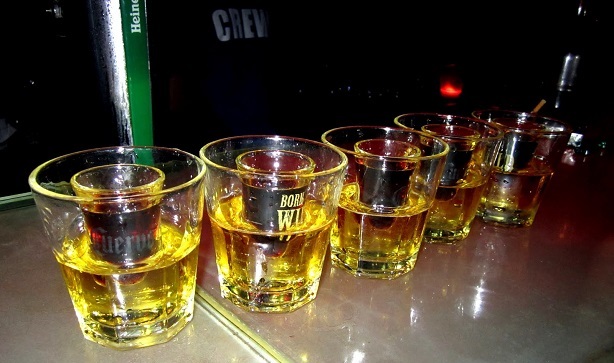 I personally think setting records is a fantastic and very impressive obviously in a positive context. In my mind, you have achieved something no one else has. These students from Canterbury, Kent had different ideas however. According to the Metro, they decided to set a record of how many Jagerbombs (which is concentrated alcohol) they could down… in one night!

You might have thought it was impossible to consume nearly 5000 shots of Jagerbombs or the equivalent of almost 900 litres in one night but not for the 800 revellers, what a proud achievement it was for then. One student even said “It’s always a mental night but it was better than ever – the Jäger just did not stop flowing”. At 158 calories per shot that means 752,712 calories ‘flowed’ into their system that night alone.

Is this really something to be proud of, destroying your body, your organs, is it? Another student claimed it to be irresponsible “But I ended up drinking so many, I had heart palpitations and I was sick. It was irresponsible, really”.

“…our body is a temple of the Holy Spirit…”Don’t destroy it.