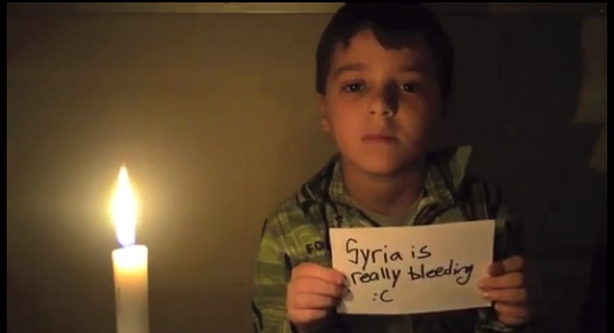 London Christian pop duo Ooberfuse have released their new soaring and uplifting single ‘Hidden Light’ with stunning and emotionally charged imagery, a political and poignant piece of work about the war in Syria.

Ooberfuse is one of those rare bands for which artistic direction has never been a problem – to such an extent that you can hear it almost persistently in the confidence of their music. Sprawling outwards from the whirs and clicks of its opening, ‘Hidden Light’ revels not only in its own grandeur, but in the marked futurism of every noise that inhabits its three minutes.

Cherrie Anderson’s vocals soar, clear and pure, seeming to pull the track further and further into crescendo, as every cascade of synthesised notes snowballs alongside her, and there is a resonance here that brings the track together, even as the string accompaniment swoons overhead and the percussion rises.

The most important thing of all, however, is that when all the grandiosity is done with, and the track subsides, you can still feel the force of its wilfully unique opposition of influences. The laptop-indebted arpeggios, the operatic vocals, the strings, the crashing cymbals- they all leave their own impression on you.

With such an eclectic combination of influences, and a broad artistic scope, Ooberfuse are undoubtedly one of the most unique, and genuine, bands to come out of London in the last few years.