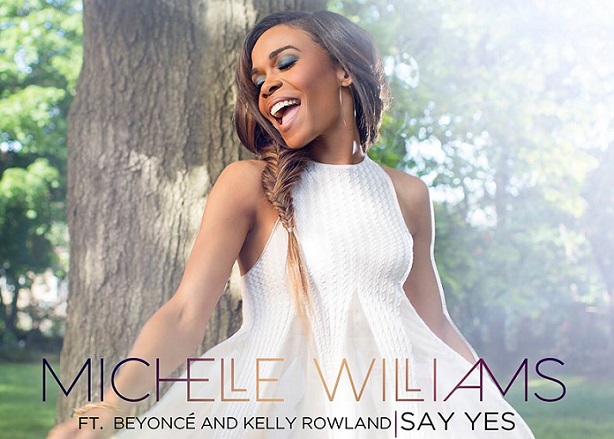 Michelle Williams recently released the music video for “Say Yes” which features other Destiny’s Child members Beyoncé and Kelly Rowland. The song had a phenomenal week in the Billboard Charts with 1.2 million streams for the week (placing just outside the 100 most-streamed songs among all formats).

Michelle rose to fame as a member of the group Destiny’s Child in 2000. With band mates and friends Beyoncé Knowles and Kelly Rowland, Michelle went on to become one of the best-known and beloved performers in the world. The world-renowned Destiny’s Child is documented as the best-selling recording artists of all time.

This latest track from Michelle Williams’ upcoming gospel album sees her reuniting with Beyoncé and Kelly Rowland on “Say Yes” which also features vocals from Solange. “Say Yes” has spawned thousands of cover versions on Youtube and is already a global success.

Is this the biggest Gospel song of summer 2014 or what? Hmm… if Jesus says YES…!