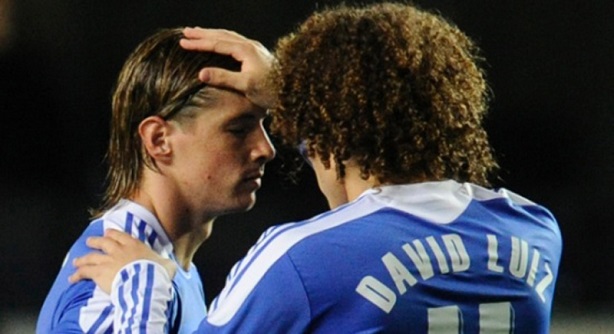 FIFA banned prayer in the last World Cup in reaction to Brazil celebrating their 2009 Confederations Cup victory in worship. Even when the highest authorities go against our faith in God, we should never stop showing it.

Chelsea footballer David Luiz, who has links with Brazilian organisation Athletes for Christ, has never hidden his Christian beliefs and says his faith gives him strength and inspiration.

He was famous at his previous club, Benfica, for stickers on a van that he used to drive to training – one saying ‘Christ is life’, and the other ‘God is Faith’ and later on praying for fellow teammate Torres live on TV. While the hint last week of a Barcelona fresh bid for Chelsea star David Luiz in January 2014 will be news to football enthusiasts, I was more interested in his story.

Honestly speaking, his actions had surprised me. Very rarely do we see an act of faith expressed in front of the entire world by a football player. Many of us hide our faith from the world and hide our beliefs in Christ, but a simple man made a gesture that inspired millions around the world.

So in 2009 Christian players in Brazil’s football team were ordered by football’s governing body, FIFA, to stop making displays of their faith during matches. FIFA banned players from expressing their faith, showing just how much effort society takes to diligently drive God out of our lives, but no matter who you are, even with a small gesture, you can inspire people all around the world.

You too can make a difference today!