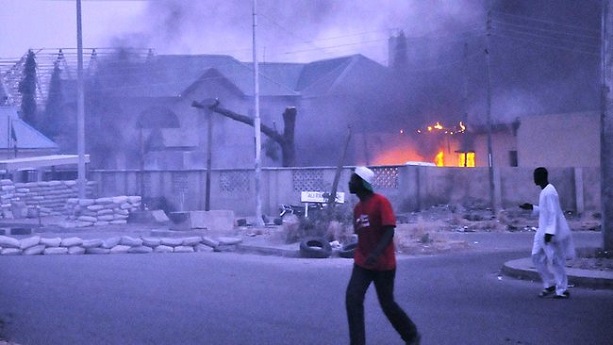 Kano, one of Nigeria’s Christian dominated cities has been under attack from this week’s multiple blasts, leaving many injured and the death toll increasing to approximately 15. With victims being treated at several hospitals, the exact numbers are yet to be confirmed.

Nigeria’s military said on Monday night Islamic extremists planted multiple bombs around a Kano bar crowded with people and the following day, extremists killed eight people in an attack targeting teachers and clerics in northeast Nigeria. The military have also sent out warnings that on Thursday there are further planned attacks speculated to be on a larger scale.

This ongoing attack predominately targeted towards Christians is one of many attacks with the last bombings being merely four months ago and channeling back four years. Despite the occurrence happening time after time, no justice has been achieved with no-one imprisoned.

Let us use this time to thank God that those of us living in the UK spared the oppression so many are experiencing for believing in Christianity. With thousands of Christians facing conflict and death for their faith, we must embrace them in our daily prayers and thoughts.