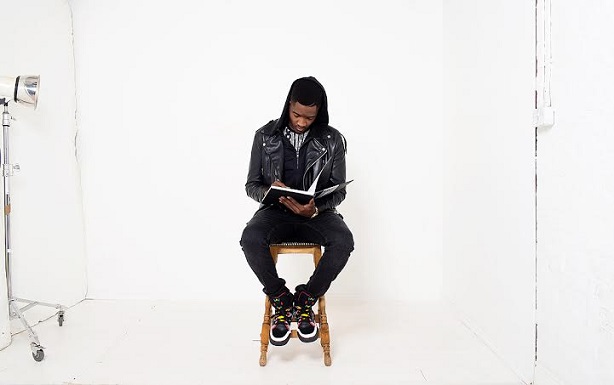 Multi-award winning rap artist Guvna B is to release a new mixtape entitled ‘Scrapbook II’ which will be available for FREEdownload from the 31st March 2014 on guvnab.com.

The 15-track mixtape is a composition of grime, hip-hop, afro-beat and drum & bass. The audio of Guvna B’s exclusive performances on SBTV, Link UP TV and Grime Daily make up the three bonus tracks.

Scrapbook II is the second in the series, following the successful 2011 release of ‘Scrapbook’ which had over 50,000 downloads. Now, three years on, you can expect bigger and better with features from Nick Brewer, as well as US talent Black Knight. Production credits include SOS Music Group which is the home of Mo Keyz, younger brother of super-producer Harmony Samuels.

Urban Music Award winner Guvna B made history in 2013 by becoming the first urban act ever to make it to Number 1 on the Official UK Christian & Gospel Chart with his most recent album ‘Odd 1 Out.’ The album also reached Number 22 on the Official R&B Chart.

Following on from his success in flying the flag for uplifting and inspirational music, Guvna B is now making great strides into the urban music scene with cosigns from Fuse ODG, Bashy, Ghetts and Jahméne Douglas who performed at the London date of the Odd 1 Out tour.

After an incredibly successful year Guvna B, 24, explains why he is releasing a free mixtape; “The support for the Odd 1 Out album was amazing. We sold out in a number of HMV’s and made history with it so I wanted to say thank you by giving fans the next project on the house. Also, after touring all over the world as well as receiving quite a few emails from people who can’t afford to buy music, I decided to release something that they could get access to for free.”

Have a listen below to ‘In A Box featuring Black Knight’ the lead single from Scrapbook II and another new entry in the Step FWD UK Top 10 Christian Chart for March.