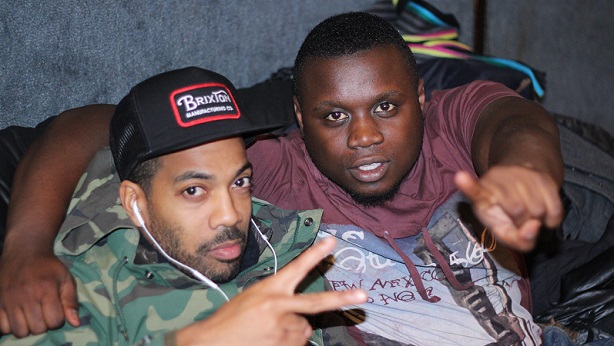 If Bob Marley, Omar Lye-Fook and Kanye West were in the studio with Rev. Al Green they would create the reggae, hip hop, acoustic guitar, electro vibe that is the Bobby Bovell sound.

As a teenager Bobby toured the globe, with his father Dennis Bovell, while working as the sound engineer for the Dennis Bovell Dub Band. Speaking of his experiences Bobby says, “I felt privileged to be able to travel and see my dad share the stage with artists like The Wailers, MC Solaar, The Roots, and Linton Kwesi Johnson”. Yet, after studying Performing Arts and graduating with a BA in Commercial Music, Bobby decided to put his music career on pause to gain his MA in Systematic Theology and become a minister. He now pastors a church in Denmark’s capital Copenhagen.

Bobby arrived in the UK earlier this week ahead of hosting the Shad Stone ‘He Cares For You’ EP Launch event this Sunday 24th November. The event is already sold out and promises to be a truly exciting and remarkable experience for all attendees. See here for more details.

Step FWD will be officially providing video coverage so be sure to say hello on the night. In the meantime check out Bobby Bovell below with his track ‘Hiding’.