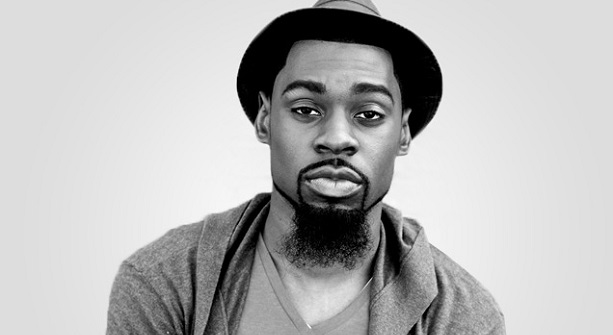 Popular gospel artist, Mali Music, shocked his fans with his recent announcement he was going mainstream. Juliet Fletcher explores the reasons for his decision, and asks ‘Was it necessary?’

I heard the news: Mali Music – one of the most exciting and original artists fronting the urban gospel music scene – has turned ‘mainstream’; no longer to be described as a ‘gospel’. Is this another misguided artist taking the wrong path?

Mali Music (real name Kortney Jamaal Pollard) hails from Savannah, Georgia, USA. Unsigned, he already had millions of YouTube music video views, but came to the fore after a sensational performance at the 2011 BET Music Awards – a mainstream event. In a recently filmed interview, Mali describes his first album, The 2econd Coming, as “very, very heavy gospel”, but confesses that his move toward mainstream is ‘a shock’ to his dedicated fan base.

If he’s doing so well, why has he ‘compromised’ his position?

We know US Gospel artists ‘going mainstream’ is not new; it has been commonplace from 1960s soul star, Sam Cooke, through to 2013 Grammy- Award hip hop star, LeCrae – whom Mali seems to be following.

LeCrae argues for erasing the secular/sacred divide and engaging in culture. In the 1980s, going mainstream was a controversial step for UK Gospel acts, like John Francis and The Inspirational Gospel Choir, Lavine Hudson, LCGC, Paul Johnson and Nu Colours – to name a few – and caused alienation from the church crowd. Artists, like Rachel Kerr, still face the struggle of straddling between the sacred versus secular divide.

Extension not promotion
Personally, I don’t like it when our best artists, who have crafted their art in church and have built their followers and sales success on a church-based audience, turn around and make unconvincing announcements about ‘leaving gospel and going mainstream’. I feel very uncomfortable about that.

In fact, I think it’s unnecessary. To me, there should be no shame or embarrassment attached to being in gospel music. It has a rich heritage and legacy we must protect and retain. We are in a time when the history of the music is more widely shared and respected, and we must keep young people informed of how gospel has been – and still is – a huge influence on popular music. I covet the best to stay identified and rooted in our scene, regardless of style.

Mali claims his change is a result of ‘an unspoken glass ceiling’ most gospel artists want to break. In my opinion, this is a warped perception in the mind of ambitious or frustrated gospel artists. It weakens, not strengthens, the argument. We should see mainstream movement as an extension not a promotion. If your music is good – and you are either given or create your own opportunity – your gift will make room for you, and if it’s that good, it will set you before the kings of the music and media industry. (Paraphrase of Proverbs 18:16). Indeed, that is what has happened to Mali. I think ‘the ceiling’ he is really referring to is lyrical content. If you can’t sing about certain things – like love, relationships and issues – without mentioning the doctrinal birth, death and resurrection of Jesus Christ, then maybe you are not viewed as gospel, and are therefore restricted. And his current writing style seems to attest to that.

What I did like about the Mali interview, which can be watched online, was his honesty about his personal artistic ambitions. As he states, “I don’t want to go to my grave without giving my music the best shot”. Cool.

Your gift – your lift
When an artist finds themselves faced with opportunities that emerge specifically as a result of their artistic excellence, which places them on more visible platforms to bigger audiences…
When they obviously have the ability to communicate effectively and intelligently on their faith and godly life…
When there is clear evidence that passion and purpose of the artist to influence and transform minds and hearts is demonstrated…
And where the artist has a solid foundation in the faith, and practical support from quality parents or sound leadership…
… then should an artist be free to fulfill all that is possible.

Jake Isaac’s EP, Back To You, reached No 4 [at the time of writing] in the iTunes Singer Songwriter Album Chart – up there above Jay-Z and close to Ed Sheeran at No 1. [Proper marketing works. Nice.] Known for his i=Change Band, the songs Jake has written for the EP aren’t typical of his worship style. When I asked him what he would do if mainstream success beckoned, he replied, “I am a Christian worship leader, but just because I sing songs outside of the church walls…in the marketplace, it doesn’t take away from who I am wherever I go.” I guess that means he’s willing to flow down [or up] mainstream. If we apply Bishop Wayne Malcolm’s new book, Career Calling: Closing the Gap Between Your Profession and Purpose in Life, neither Mali Music or Jake Isaac are wrong.