Shoggy Tosh‘s latest award was determined by a general voting process held by an expert panel of six judges, all former senior executives and industry veterans from some of the largest record companies, and the panel gave this official statement on ‘Pamoto‘:

‘Pamoto‘ by Shoggy Tosh ft Henrisoul is the second single from Shoggy Tosh‘s EP, ’emujow’. The song was written and composed by Shoggy Tosh & Henrisoul, and produced and mixed by Pastorchild. Pamoto was mastered in the USA by Izzy. The music video was directed by Femi Best Touch.

‘Pamoto‘, which means an addictive dance dedicated to the Creator of mankind, has racked up close to 170,000 downloads in 6 weeks on My Not Just Ok and is the Number 1 most downloaded Gospel song on the platform in 2015.

Shoggy Tosh recently won his 2nd & 3rd music gong at the 2015 PGMA London awards in the Rap & Hip-Hop artist of the year category, and at the 2015 Gathering Of Africa’s Best awards, London for positively contributing to Africa’s image through music and entertainment.

‘Pamoto‘ was first released on astepfwd.com and went on to place 8th in the November UK Christian Chart out of a total of 35 tracks submitted. You can watch the video here.

Congratulations to Shoggy Tosh and his team on a wonderful start to the new year. It is always great to see artists get international recognition for their hard work. 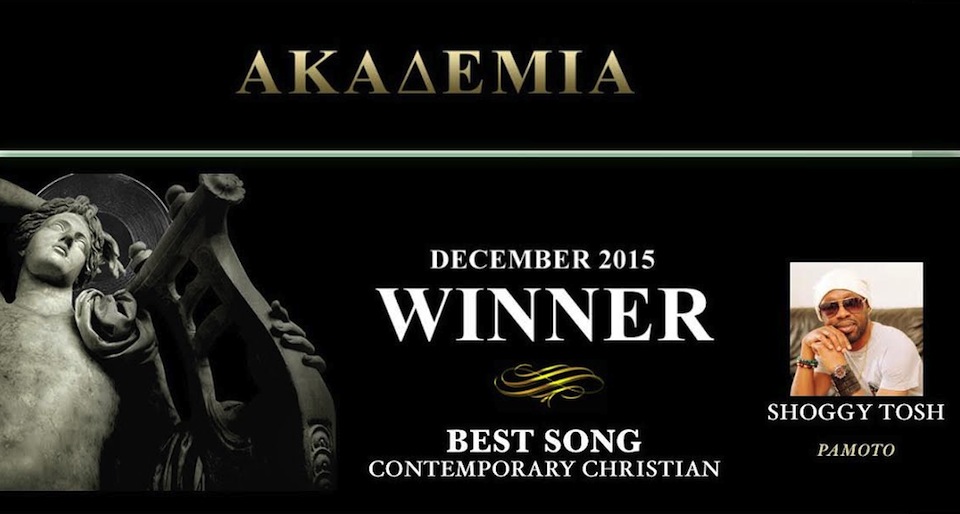