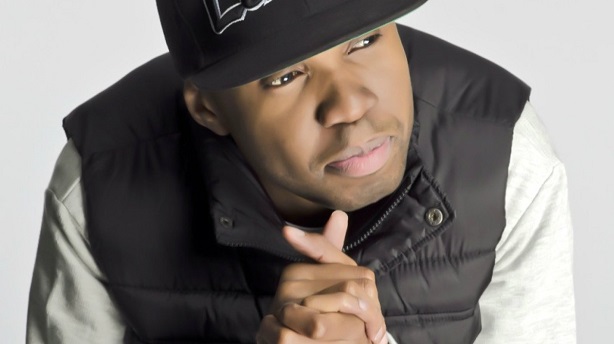 Who is Karl Nova? Is that your real name?

Karl Nova is an artist. I am a Hip Hop artist which means I rap, I make beats and get to do my thing live all over the place. I am part of the award winning collective GK Real. I am a radio presenter with 2 shows on Premier and I am also a creative writing workshop facilitator working in schools, colleges and universities doing workshops. My real is Karl and Nova is a name I picked up while rapping.

You present a radio show on Premier Radio. Are you the voice of Gospel Hip Hop in Britain?

I think it would be a bit arrogant to say I am THE voice of gospel hip hop. I mean for one thing I am not sure if gospel hip hop is even a term I would use to describe the music I do or present on the radio. I see myself as simply a lover of the culture of Hip Hop and art form of rap. I create the music, I participate in this creative culture and express myself from my viewpoint via rap music to uplift, inform and inspire. I study it. I am a fan. I love it! I am just a voice among many voices.

There is a theory that rap music originated in the church…do you subscribe to this?

Rapping has existed before it became part of hip hop in the 70s. It had been part of Black American Culture in one form or another. If you look up gospel groups The Golden Gate Quartet and The Jubalaires you will find they both recorded a song called “The Preacher and the Bear” between 1937 and 1941. The cadence and style of the song has the same phrasing of “Rapper’s Delight” the first hip hop hit by The Sugarhill Gang that came out in 1979! The flow and style are exactly the same. Now I won’t go as far as saying rap started in the church but a lot black music today has it’s roots in negro spirituals, the blues and gospel music. Rap music is also influenced by the toasting of Jamaican Deejays in the late 50s.

Is Gospel Hip Hop a subgenre in itself?

Is gospel hip hop a genre? This is a big question. I guess when Christians started using rap music to express their faith and sought acceptance by the wider gospel music community/industry it was called that. It has been branded with all kinds of names like gospel rap, gospel hip hop, holy hip hop, christian rap and christian hip hop. Personally these genre names are things I don’t necessarily subscribe to. I think we human beings love to box and categorize things too much so that we feel in control. A lot of people use these titles to describe the music so I guess it does describe a subgenre. The problem with this is it becomes boxed away from the rest of hip hop community that most christian rappers would say they are trying to reach. Since it is now also a business and an artist like Lecrae who is a rapper has won a Grammy for gospel album of the year, I guess you can say it is officially recognized as a subgenre of gospel music. Also from 2007 – 2011 the gospel MOBO Award went to rappers! Personally I see it as rap music that Christians happen to be using to express themselves and since the gospel is what Christians believe it will come out in one way or another.

Who are the key names in the UK sector?

There are many key names. So many. I even fear to start mentioning names because I will definitely leave out many who have played a part in this movement because as I have researched it is something that has been going on from the 90s in the UK. Artists like G.I.F.T.E.D, N Daze, M.O.D, Set Free, Green Jade, Royal Priesthood are pioneers and today at the forefront we have artists like Guvna B, S.O, A Star, Faith Child, Triple O, Victizzle, Jahaziel, Dwayne Tryumf and many more I can mention keeping things going. The space isn’t enough to put everyone in but believe me we are all over the UK. I obviously include myself in this too.

Yes, today I would say we are generally accepted. It wasn’t always the case. The pioneers will tell you about the rejection they faced. We have all felt that rejection in one way or another but right now I would say generally we have broken through and we are accepted. We play the big stages in festivals, concerts etc all over the world. I think the gospel MOBO being won back to back by rappers between 2007 – 2011 shows how far we have come and how much we are accepted. Having said this I would say there is still more ground to be gained. Rap music is not just something the youth listens to and enjoys.

Who is the artist to watch at this moment?

I think I will mention four artists to watch right now. 2010 MOBO Award winner Guvna B, S.O an artist who is based here in the UK but is signed with a US independent record label called Lampmode, A Star who is having a great year and Faith Child who’s next album is about to drop.

I am a big fan of Gospel MOBO Award winning rapper Triple O. Why is he under the mainstream music press radar?

I would say that many artists are under the mainstream radar not just Triple O. After Triple O won the gospel MOBO Award in 2011 and had some mainstream coverage due to receiving that award, he took some time out to focus on his studies which was a wise thing for him to do in my opinion. Getting mainstream press coverage is not easy and I would say right now only a few of us get that.This scene is very niche and has hardly really crossed over in a major way.

Gospel Grime? This, just like gospel hip hop is a genre term I struggle with but it is used to describe the music some Christians make that employs grime music fused with a gospel message or faith related content. It exists and christian artists have been doing this style since the early times of grime. So it isn’t a myth. Many do this style even now. I have even tried it myself even though I am mainly a Hip Hop MC. I just see it as a Christian using the grime style of music to express their faith and at it’s peak in the UK gospel scene it has been a very powerful means of expression done with such skill that even those outside the gospel scene who are established grime artists have shown respect for it.

Not at all. I have seen many creative rap music videos from Christians who do this music and they are far from tame. It all depends on the song and what the artist is seeking to convey. Rap music ultimately is about telling your story. It is about expressing yourself from your point of view with skill and creativity and that is translated visually by a great video, many Christians who rap have achieved this.

Why should mainstream record companies take any interest in Gospel Hip Hop?

The aim of mainstream record companies is to make money, plain and simple.It is a business which aims to make profit. If they see there is a market for music made by Christians with faith related content they will sign artists to capitalise on the demand of this music. From observing things over time and the success of an artist like Guvna B. I would say there is a market. Whether major labels know this or see it as a market they would want to invest in is another thing. Maybe at this stage it is simple too small of a niche for them to want to bother. A few of us who emerged from this community are signed artists to major labels like Nick Brewer and Hawk House (formerly known as A Yellow Man) although some might argue they don’t do gospel music, they are Christians and in one way or another their faith informs their music. Lecrae over in America owns his own label called Reach Records. They recently signed a distribution deal with RED Distribution which is a division of Sony Music Entertainment. That is powerful. Could it happen in the UK one day? Anything is possible. I say why not?

Is there a message in the music?

There is definitely a message in the music. The core of the message is The Gospel of Christ but I don’t see it as just an evangelical tool like some seem to only want it to be. I see it as an art form that expresses the many sides of life through a lens of faith. I see it as life music that ultimately points to the giver of life. Sometimes directly other times with strong hints and that is fine by me. At it’s best the message in the music is hope, faith, unconditional love, forgiveness, redemption and grace. That’s one thing about rap, we have all these words to paint such a detailed picture. The picture I try to paint is just of a real guy who has flaws, weaknesses and strengths but has faith that gets him through.

What can Gospel hip hop artists learn from say 50 cent or Dr Dre?

Artists who are Christian who rap can learn a lot of artists like Dr Dre and 50 Cent. The obvious one is branding which just shows how important the business side of music is. Another thing is longevity especially from Dr Dre. People are still waiting for his next album to drop 15 years after his last one!

When is your next radio show and are non-Christian rappers and listeners invited?

I present The Hip Hop Sessions on premier gospel every Wednesday 7pm – 9pm and it is on again on 8pm – 10pm on Saturdays. I also present The Writer’s Block on Premier gospel Saturday 10pm to 11pm. These shows are open to all. I think because of my outlook on life, I don’t see it as show just for people who believe what I do. It is a show for everyone and I invite everyone to tune in.