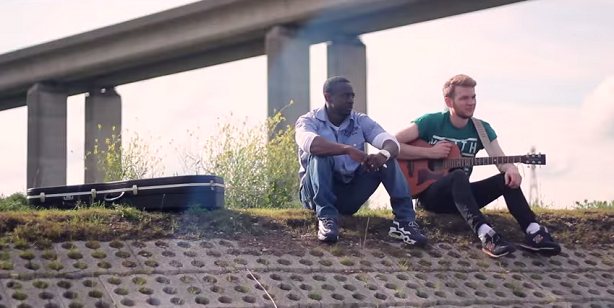 Picassomusik is a Christian rap artist originally from Williamsburg, Virginia recently based in Suffolk UK and with a passion for Jesus, people and music.

PicassoMusik is a husband, father, artist, and producer. PicassoMusik has been rapping since the age of 11, but his songs were not always Christ Centered; before giving his life to Jesus at age 17 he was rapping about money, drugs, guns, etc……

God pulled him out of the trap that the Devil had set for him in the secular industry in the year 2000 and since then he has devoted his life to serving God in his home, his music and in the streets. He has served as a youth leader for 5 years at Jamestown Christian Fellowship in Williamsburg VA, and has also preached and spoken at numerous events including youth events, juvenile detention centers, and community events.

PicassoMusik is most known for the work he did with his group D.N.A from the year 2000 to 2010. During those years he has been blessed to open up for artist like Cross Movement, DA Truth, Rachel Lampa, J Moss, Corey Red & Precise, R Swift, Canton Jones, Flame to name a few.

Up to recently he resided in Brandon Suffolk, UK and attended New Beginnings International, where he was pursuing his solo career as an artist. His continues his mission to bring light to a dark world in desperate need of a savior (Jesus Christ), through music and ministry.

Check out one of his recent releases below ‘You Are’ featuring Stuart Smith and from his readily available for purchase album Music is My Canvas 2.