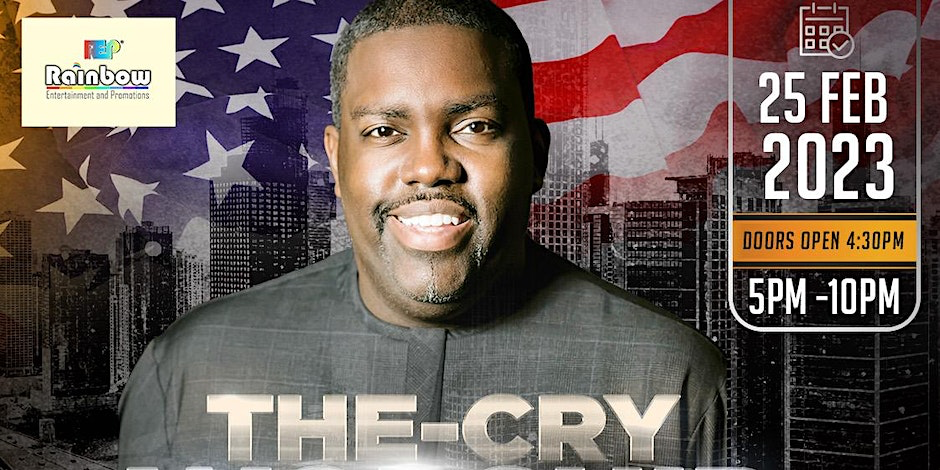 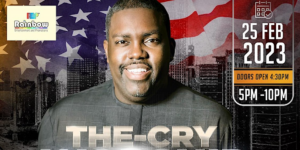 Contact the organiser to request a refund.
Eventbrite’s fee is nonrefundable.

you have to be willing to become invisible. It’s never about you. Nothing in the service is about you. People aren’t coming to see you. They are coming to experience God.”

With this underlying approach, during 40 days of fasting and prayer prior to the recording, new songs began to emerge. As an example, McDowell points to the song “Withholding Nothing,”

“What started in rehearsal as a way to re-work our song ‘Give Myself Away’ became the title track after the event,” he explains. “As we were singing the chorus of what would become ‘Withholding Nothing,’ the response was overwhelming. The whole evening was like that… at least 45 minutes of the project was unrehearsed.”

Six months later, McDowell finished writing “Withholding Nothing.” And that finished song is now the album’s first radio single and a bonus “radio edit’ track on the CD.

Referring to both the song and the entire recording, McDowell adds, “No one expected that. We just rehearsed and then followed the leading of the Holy Spirit.”

The powerful, unforgettable result of that obedience is Withholding Nothing, a CD/DVD unlike anything you’ve probably ever seen in Christian and Gospel music. Produced by McDowell, Steven Lester of Elevation Church, Aaron Lindsey, and Clay Bogan, who co-produced Arise, Withholding Nothing aims not so much to entertain or inspire as to minister to those who listen and watch. It was created as a testimony, to open wide the door for a new generation to witness the manifestation of God’s presence among his people.

With 14 unforgettable tracks recorded on CD and 20 total on the DVD, including standouts from Arise and As We Worship, Withholding Nothing reverberates with anthems of surrender and praise, overcoming and victory and a clarion call to change the world in Jesus’ name.

“The DVD highlights 2000 people immersed not in a recording but in worship, people who don’t know they are being heard by anyone but God,” McDowell explains. “We don’t get pre-claps, we don’t stop for any reason. The focus is 100 percent on God and what He’s saying, and the songs just happen the way they happen.”

In fact, when McDowell presented the DVD footage to his distribution company (Entertainment One), booking and management, a collective awe filled the room. They’d never seen anything like it before, a video that focused more on what was happening in the venue, the impact of and response to the encounter, than on the artist on stage.

“We never have a lock on it,” says McDowell. “Each time we bring our hearts to God, it feels as if it is a fresh encounter. We can’t rely on past encounters with God, because he chooses the encounter. We pray and ask him to show up, and if we think it’s something we’re doing, we’re missing the whole point.”

That point has been made crystal clear to McDowell during his travels, including extraordinary trips to Guyana, Guadeloupe and Ghana.

In Guyana, after leading three songs, McDowell witnessed an historical event when the nation’s president took the stage to pray and offer his country back to God. Furthermore, he asked for forgiveness from the opposing political party and prayed for reconciliation. It was an unprecedented act that took the nation’s media by surprise, resulting in headlines such as “Historic Reconciliation At Gospel Concert.”

While at a concert in Guadeloupe, McDowell witnessed the miraculous healing of a deaf man as thousands sang in French despite language barriers. “The thing is,” explains McDowell, “the man wasn’t even a Christian… he was at the concert because he’s a member of the media and he was covering the event.” This time, the headlines read, “Media Member Receives Healing At Concert.”

“We’re not going into these places for concerts,” says McDowell. “We’re going in to see moves of God.”

This was confirmed to McDowell in Ghana when a local pastor explained to him, “We didn’t bring you here for a concert, but for an impartation.”

Referencing his growing international platform, McDowell says, “If you look at what God is doing, what only He can do, I can’t take credit for any of this… if it works, it’s God. There’s no pressure because you can’t do anything apart from God, but there is responsibility to inspire the next generation to pursue God, to inspire them to get into His presence and make a difference in this world.”