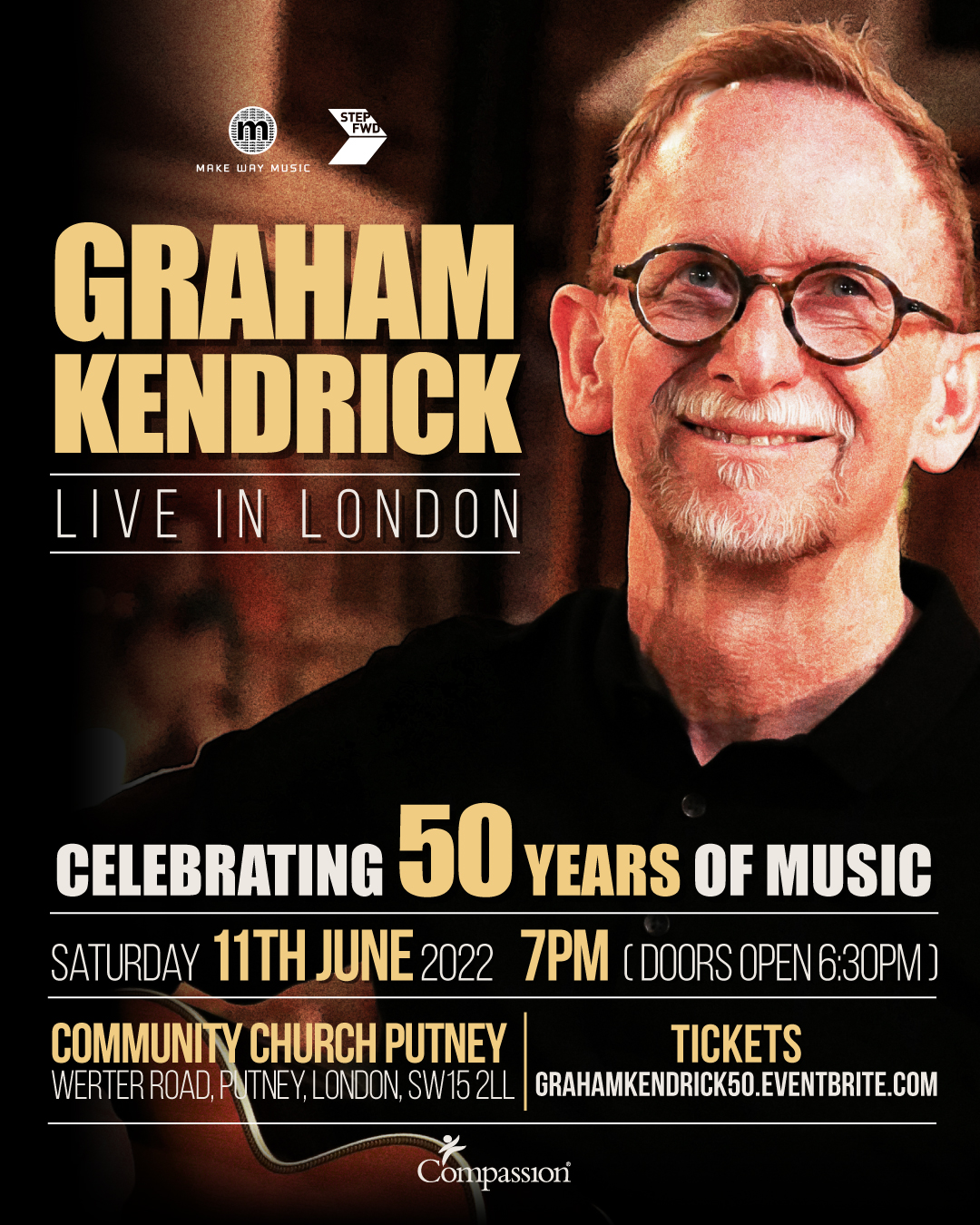 Join Graham Kendrick Live in London as he celebrates an amazing 50 years in the Christian music industry. And he’s not done yet!

This 11th of June, for one night only in London, come experience the history and legacy of Graham Kendrick as he celebrates 50 years of music.

Graham Kendrick has been described as a ‘father of modern worship music’ and his songs are ‘crammed full of poetic, divine, biblical truth’ that have ‘sculpted a view of God that has impacted generations.’

Graham has written and recorded hundreds of songs, many of which are well known around the world, including ‘Shine Jesus Shine’, ‘Knowing You’, ‘The Servant King’ and ‘Amazing Love’. Graham was one of the founders and the songwriter behind the global phenomenon March for Jesus, which has mobilised millions of Christians to ‘take the walls of the church’ and bring praise, prayer and acts of goodwill and reconciliation onto the streets. Although based in the UK he travels extensively participating in local and international tours, festivals, conferences and training events, as a worship leader, speaker and performer.

Amongst the many accolades Graham was last year honoured with a Lifetime Achievement Award from Step FWD Awards – the UK’s definitive Christian & Gospel music awards. For this intimate Live in London concert Graham goes back to ’where it all began’, sharing his heart and reminiscing 5 decades in Christian music, even as he looks to the future.

Join us for this historic up close and personal encounter that is 50 years in the making. Book Now!