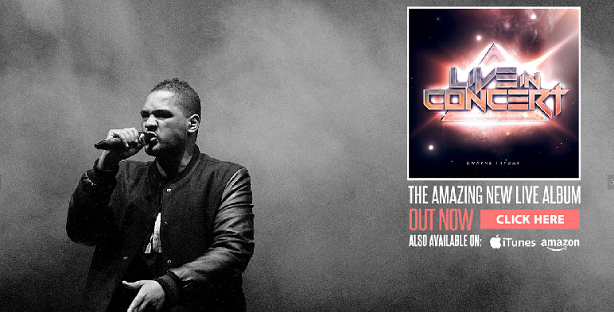 On June 10th Dwayne Tryumf released his highly anticipated album ‘Live in Concert’ and we weren’t let down. Even though the album contains only a few new songs, Tryumf adds instead a new dimension, a live experience.

Not only has this never been done before by anyone in Christian Hip Hop, I’m unsure if many would even attempt what Tyumf has done so successfully. Since the whole album was recorded live, you get the full experience; from the passion that Tryumf punches, to the energy and response from the crowd. And all of this perfectly crafted from the performance through to the mastering.

The album features many incredible artists such as Jahaziel, Tru2DaName, A Star, Pilgrim, Gyamma, Reign of Fire and Matthew Allen.

You can pick up the album today on Amazon, Itunes, Google Play and all digital outlets.