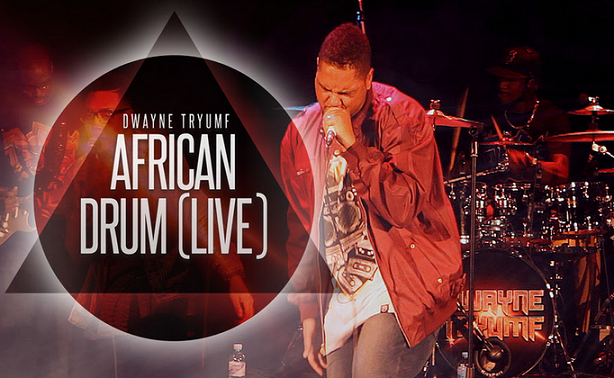 Born and raised in South London, Dwayne Tryumf has been involved in music production and rapping since ’97. He became a born again Christian in ’99 and after a wilderness period of growing in his relationship with God and His Word he then began Christian music ministry.

Today, Dwayne Tryumf remains one of the UK’s most prolific rappers and producers, with top charting tracks and rave reviews.

Check out the first verse of ‘African Drum below’ and pre-order ‘Live In Concert’ to get 2 free songs.
Jesus of Nazareth,
Resurrected Lazarus
Killed instead of Barabbas,
Healed the sick and powerless,
Threatened by the Pharisees
Questioned by the high priest
Frightened His disciples when He walked upon the high seas.
Who is He?
Savior and the Son of God,
Reasoned with the teachers and the leaders in the synagogue,
Reaching unbelievers like Zacchaeus in the sycamore tree,
Read Luke 19 and it will give you more, [Word].
More than a man they call Him I AM
They couldn’t kill Him till He finished fulfilling the will of Elohim,
And if you think that Jesus ain’t comin back
When you hear the thunder clap
You’ll be like, ‘What was that?’ [Worries]