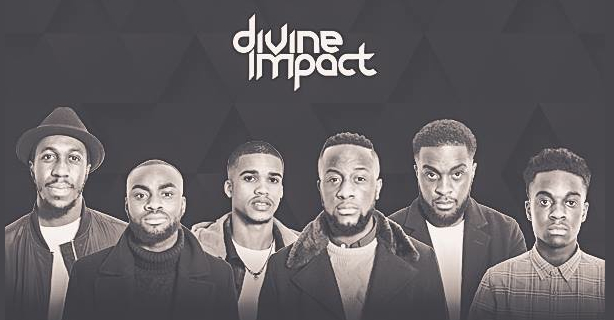 Last year was a big year for the 6 piece band. They had the #2 track ‘Exalted’ in the March aStepFWD UK Top 10 Christian Chart followed by #9 ‘At Your Feet’ in October. They were also nominated for another BEFFTA, released a critically acclaimed EP, multiple singles and also toured across the UK.

Divine Impact recently announced the ‘Exalted Unleashed Tour’, with 7 concerts booked under the tour from Manchester to Coventry; including what is set to be an unmissable London Tour Finale which is due to feature A Star, Happi, Matt Lee Hunter & Priscilla Danquah.

To book tickets to the London Finale click HERE and listen below to their latest single ‘Worthy’ which features Cwesi Oteng, one of Africa’s leading gospel/inspirational music artist.