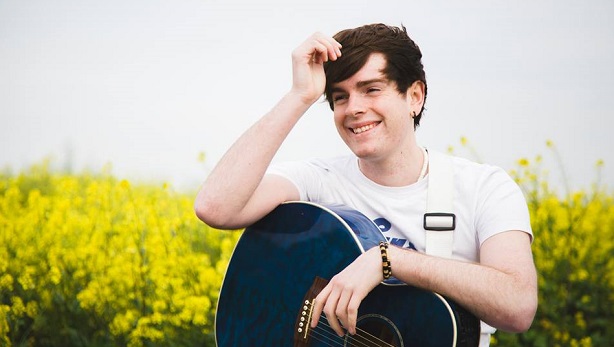 Fred Clark is a singer/songwriter from Maidstone in Kent who after a few years of releasing independent albums and gigging wherever he could has managed to do what the bulk of Britain’s Christian musicians have yet to manage, scratch a living from his music.

He told Cross Rhythms, “I am so, so proud to say that I am managing to earn a living from what I love doing. After graduating from uni last year with a 2:1 music tech degree I decided to go full time and this year especially it has gone from strength to strength, which is lovely. All the hard work is finally bearing fruit.”

Fred’s latest album ‘Long Walk Home’, which many of his growing band of supporters consider his best ever, came after a huge amount of work as he toiled to take his music to the next level in his home studio. “I think the final month of it just dragged on, the bulk of the work was done, it was just a case of continuously checking small parts, burning a CD, going out for a drive and listening to it in a car, on my iPod, on all sorts of different speakers, so it sounded just right. I also just loved how within such a short amount of time a song that was just a guitar and vocal could be transformed. One song springs to mind actually, ‘In Time’. It is a song I have been playing live on loop pedal for over a year, so I knew it was an important song, and also a big song. I honestly struggled initially to get the recording right, I knew it had to end big, but it was not until one day my mum was home and I asked her to help me record some crowd vocals and, bam! Immediately, along with some tom drums, it was transformed and I was dancing around the studio with it blasting out. I was so proud of that ending.”